Since the origin of modern, the atom has played a pivotal role as both benchmark for our current theories and an inspiration for new ones. Foundational concepts, such as Bose and Fermi statistics, the Schrödinger equation, and spin-orbit coupling, have emerged from their atomic origins and become prerequisite knowledge for the study of nuclei, molecules, and, crucially, solid state materials. Our research team looks to harness the power of these seemingly simple objects to understand the world around us, and particular the materials that make it up, in new ways. We have currently two projects underway:

The Parker lab takes an interest in exotic quantum systems such as high-TC and heavy fermion superconductors, magnets, and charge density waves. Rather than work directly with the materials, or purely theoretically, we take an “intermediate” approach and attempt to simulate these systems using neutral atoms cooled to less than one millionth of one degree above absolute zero. This allows us to directly and simultaneously measure many aspects that are challenging in the materials themselves. In the image above, for example, we have mapped out the instantaneous domain structure in a simulated quantum magnet (for a reference click here). We can also use tricks in atomic physics to tune the system to our liking, independently manipulating parameters that can only be changed together in materials.

A particular trick we employ is to use dynamic optical lattices to engineer our own band structure. Band structure is a concept from semiconductor physics which describes how particles and their absence (holes) move around. For particular band structures, exotic behavior can occur. For example the magnet shown above segregates into two domains, despite having only one true internal state! Tuning the band structure will let us create new phases and study how existing phases like superfluids depend on band structure details.

Besides being a great platform for studying quantum phases, the cold atoms are interesting in their own way, and we also have a lot of fun playing with them! If it sounds fun, join us! 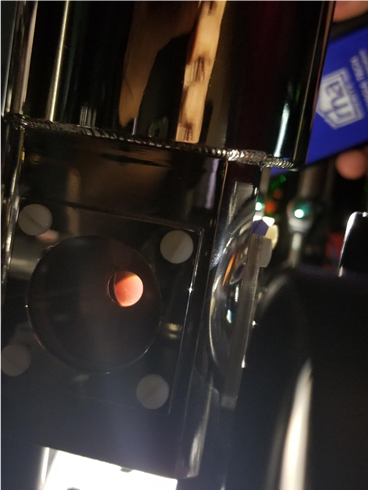 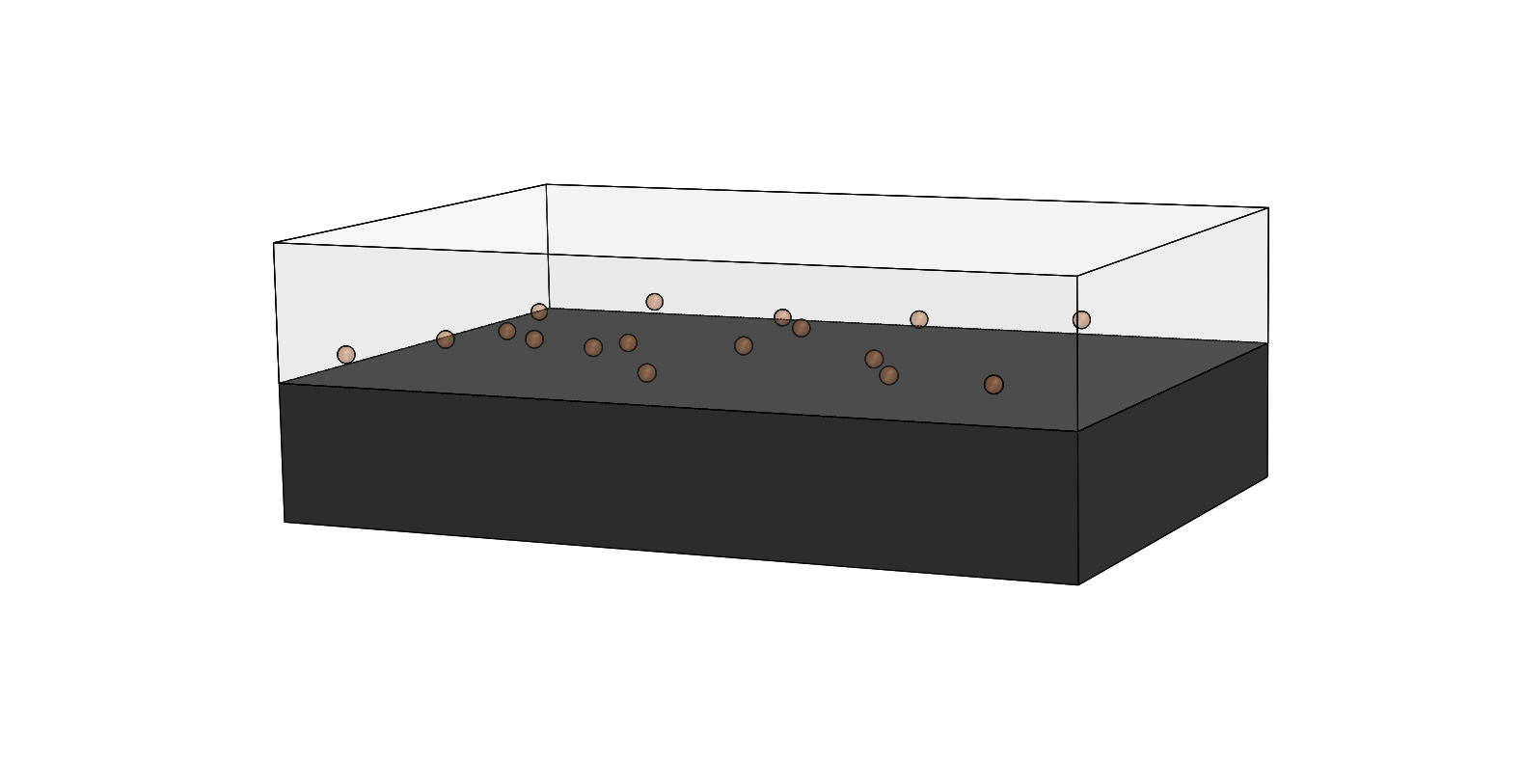 To combine the benefits of cold atomic gas quantum systems and solid-state quantum systems, we are designing a system with optically accessible “sensor” atoms that are physically trapped inside a freshly grown host crystal of inert gas. Typically inert gases much be cooled by a cryogenic apparatus to near absolute zero in order to solidify. Unlike atom trapping methods based on lasers or magnetic fields, this method of confinement permits bringing the target atoms close enough to a surface of interest to measure the environment sensitively on a local scale. Since sensor atoms are pinned within the host by van der Waals interactions, there is a potential to get very close to a measurement surface. One can imagine also employing optical nanofibers to create moveable probes. The key element is discovering atoms whose optical properties remain satisfactory when confined this way. Even inert gases can cause significant changes in atomic spectra for many atoms: however, there are some atomic transitions which exhibit significant immunity to environment broadening. Currently, we are investigating “submerged shell” transitions in lathanide atoms. Thulium is a promising candidate, and we have recently shown that subnanometer spectroscopy of thulium is possible in solid argon and neon.